Bringing the breaking news stories from the world of tennis 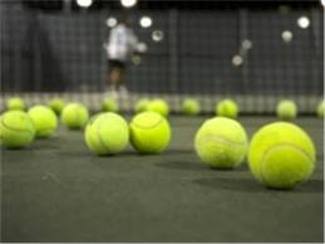 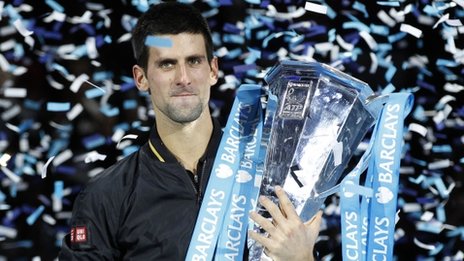 Novak Djokovic put a firm stamp on his position as world number one with a stunning victory over Roger Federer in the ATP World Tour Finals.

The Serb won 7-6 (8-6) 7-5 to add the season-ending title to his Australian Open victory and top ranking.

He needed two hours and 14 minutes to take two sets in a match of dramatic swings in momentum.

It is the second time Djokovic has won the ATP finale, following his triumph in Shanghai four years ago.

"I was just trying to hang in there," said Djokovic.

"It's not the first time that Roger started so well against me. I've experienced before his aggression, really trying to put his mark on the match."

He added: "Whenever I needed to come up with some really good shots - really focus myself and get every ball back in the court - I did that, so I cannot be more thrilled than now."

The atmosphere might not have been cranked up at the start as it was in Sunday's semi-final against Andy Murray, but the Federer fans were in full voice as their man reeled off the first nine points.

Djokovic appeared nervous, fluffing a routine volley and firing long as he slipped, and there were ironic cheers when he finally got on the board in game three.

The winners were flowing from Federer but it was a case of brilliance against resilience as Djokovic dug in and weathered the storm by extending the rallies whenever possible.

The final point was played out much like the match, with Federer taking control only for Djokovic to come up with the answer - a spectacular backhand down the line on the stretch.

It was a breathtaking shot on which to end the tennis year, and one that summed up why Djokovic remains number one among such star-studded company.

"It's the best way to finish a match, I guess, with a passing shot - one of my favourite shots," he concluded.